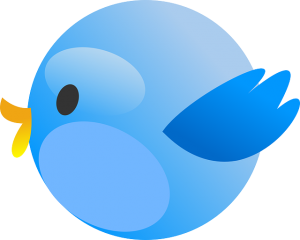 I’ve been on Twitter since March 2008. After it appeared in No 11 position on the 1st Top 100 Tools for Learning list in 2007, I realised I’d better sign up! And during the last 7 years I’ve seen lots of changes; and of course my own view of Twitter has changed too.

In those very early days, it took me a good while to understand what value Twitter had for me, but once I “got it”, it became an exciting place to be. Back then, we worked out how to make use of Twitter all by ourselves, and we tried out new ideas together like using hashtags to hold real-time chats. This was the first time that I had been able to have live conversations with so many people around the world at the same time. I was able to find out so much, so quickly about what was happening, and what people were thinking, in the L&D world.

And since then, plenty more forward-thinking learning professionals have recognised the value of Twitter for their own professional learning – with Twitter rising to the top of the Top 100 Tools for Learning in 2008 and staying in that position for the last 6 years.

Now, of course Twitter has become mainstream, brands and celebrities have their own Twitter accounts to promote themselves, there are live chats every day on all kinds of topics  – with even TV programmes holding their own live chats. But just like with any society, it has unfortunately meant a darker side of Twitter has emerged too.

Nevertheless, Twitter is still the most important place for me to find out what is going on in the world, but I can understand how newcomers today might be daunted at the prospective of joining up. Most of the press would have them believe it’s just a place for finding out what their colleagues had for breakfast, or what their favourite celebrity is wearing today, but it has does have clear professional value too.

I’m often asked for advice by those signing up for Twitter for the first time, how to make the most of it. My advice is that although they might want to find out first about the mechanics of using Twitter, and follow some interesting people, as with anything that involves the Social Web, to understand the VALUE it holds for them personally or professionally, requires spending TIME on it – being immersed in it and “feeling” what it’s all about. Mark Britz summarises it well:

People ask me, will Twitter be the No 1 Learning Tool in 2015. I don’t know, we’ll have to wait and see. Voting is now open. Will you vote for it?

5 thoughts on “Twitter for Learning: The Past, Present and Future”