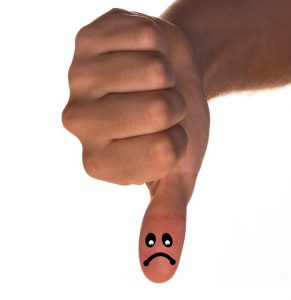 After 7 years at the top of the Top 100 Tools for Learning, this year Twitter fell back to No 3 place in 2016, and there’s been some talk why this is the case, so I thought I’d examine some of the reasons here.

Anja thought it was because the mainstream had taken over my questionnaire!

@C4LPT @_donaukind Thanks, I’ve seen it. But I think, it’s because the mainstream is taken over your questoinnaire… 😉

But I think there’s more to it than that. For sure, many people who were living on the new frontier of social media who began to use Twitter in its early years in 2007/2008, saw its potential to connect with many different people around the world, and over the years have benefited greatly from this new experience of building a global network of trusted connections.

But it is true that over the years the dark side of Twitter has emerged – in the form of the trolls – and this is something that has put off new users signing up to Twitter.  In fact, now that Twitter is up for sale, we can see that this is one of the things that is deterring potential buyers. For instance, Bloomberg has reported that Disney Dropped Twitter Pursuit Partly Over Image

“Walt Disney Co. decided not to pursue a bid for Twitter Inc. partly out of concern that bullying and other uncivil forms of communication on the social media site might soil the company’s wholesome family image, according to people familiar with management’s thinking.”

Business Insider has also reported that Twitter trolls were part of the reason why Salesforce walked away from a deal.

“Salesforce CEO Marc Benioff finally killed all rumors of a potential Twitter acquisition on Friday when he told the Financial Times that it’s “not the right fit” for his company.”

But there may also be other reasons for Twitter’s decline, for example the growing commercialisation of social networks – where people are constantly being sold to – makes it a very different place to be than 10 years ago. Luis Suarez also believes that Vanity Killed the Social Media Star.

“it all comes down to, finally, come to terms with the fact that our very own self-importance has managed to destroy Social Media and just leave it at Media, as we become … it.:

What is also becoming clear is that messaging apps are now bigger than social networks, as Business Insider explains

“Users around the world are logging in to messaging apps to not only chat with friends but also to connect with brands, browse merchandise, and watch content. What were once simple services for exchanging messages, pictures, videos, and GIFs have evolved into expansive ecosystems with their own developers, apps, and APIs.”

So I think there is a combination of factors at play why Twitter has lost its No 1 spot.  What about you, do you think there are any other reasons that have contributed to this?